Press enter to begin your search

A 2011 survey by Caulfield and Rachul observed that that IV therapies are among the most popular services advertised by naturopaths. If it’s not “Myers’ cocktail”, (the intravenous version of a multivitamin pill), it’s high-dose vitamin C, which is explicitly marketed to cancer patients (One naturopath even recommends a video “Vitamin C better for cancer than chemo“.) Nothing subtle about it. Like Myers’ cocktail, vitamin C infusions are also touted as a panacea for the prevention or treatment of pretty much everything. As noted above, naturopathy organizations explicitly endorse the practice, and have even created a certification for the service. Given naturopaths argue that naturopathy is scientific and that the services they offer are science-based, I took a closer look at the scientific evidence supporting these services.

Blame Linus Pauling.  Actually, to be fair, the idea of injectable vitamins precedes Pauling. But Pauling, with two Nobel Prizes, brought attention and interest to vitamin C far beyond what any evidence suggested. He seized on the observation that many species can produce their own vitamin C, while humans, apes and some other species lack this ability. Pauling surmised that some disease may be due to vitamin C deficiency, which could be addressed with massive supplements. Linus moved from vitamin C for colds and on to vitamin C for cancer, teaming up with surgeon Ewan Cameron to conduct a clinical “trial” which claimed efficacy but was so poorly designed no conclusions could be drawn. He continued to tout the potential of vitamin C, wrote a few books on the subject, and founded the Linus Pauling Institute of Medicine, creating the foundation for the entire “orthomolecular” pseudoscience you see today. (Orac has more.) Unfortunately, it seems Pauling was a victim of Nobel disease, where prize-winning scientists subsequently become enamored with scientifically unsound ideas. At the time of his death in 1994, Pauling’s vitamin C theories were considered quackery within the scientific community, but those ideas had gone on to be embraced and widely promoted by complementary and alternative medicine (CAM) purveyors.

HB Urban Detox can create the IV Infusion that works with your needs.

We can create a IV infusion or if in a hurry and need a quick boast. We have specially designed a push that takes 7 minutes. 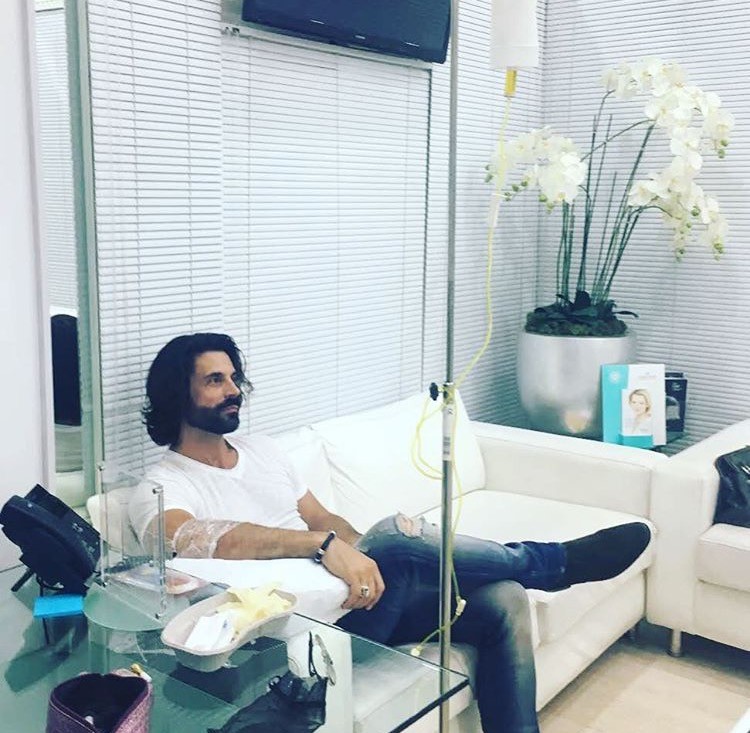